She almost did what?!

In Melody Thomas Scott’s more than four decades on The Young and the Restless, Nikki has gotten wrapped up in more than her share of scandals. There’s been embezzling, alcoholism, killing her father in self-defense, killing Diane in self-defense, stripping.

Actually, funny thing about that last one… It turns out, Nikki stripping was never supposed to happen. At first, the show had something else in mind — but it ended up being far too over the top for daytime!

Scott revealed the story of what gloriously could have been on a recent Soap Opera Digest podcast. And while it’s hard to even imagine in today’s world, we guess back when the whole thing was conceived, it was just business as usual!

“I got called to [producer] John Conboy’s office,” Scott recalls, where he asked a question that could have changed the face of daytime forever. “‘What would you think of Nikki being a mud wrestler?’”

Wait, what? Did we hear that right? Mud wrestling?? It’s tough to imagine the refined, dignified Nikki of today rolling around in the mud, but as far as Scott was concerned back in her early days, “I was so thrilled. I didn’t even really understand what that meant, but I was so happy I wasn’t being fired.” 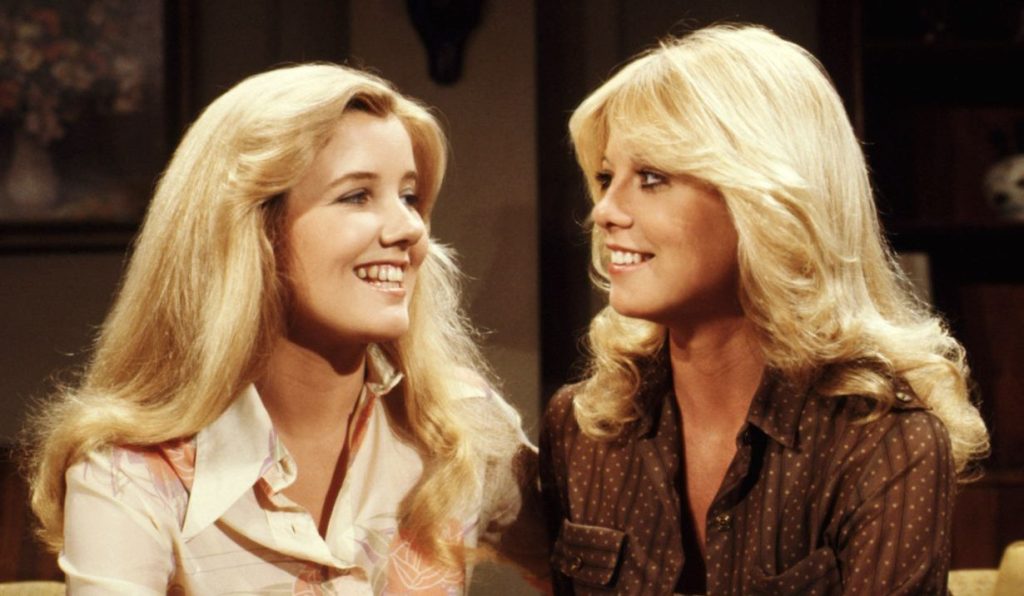 Scott and Leighton were very excited to star the research!

Credit: CBS/Courtesy of the Everett Collection

So she told Conboy it wouldn’t be a problem, grabbed Roberta Leighton who played Nikki’s sister, Casey, back in their early years and filled her in on what was happening. Naturally, Scott had to sell it, so when the time came for her to get in the ring on camera, she wanted to make it as believable as possible!

“At that time, up on Sunset Boulevard, there were all these mud wrestling clubs,” Scott explains. “It’s hard to believe now, but it was very popular! So Roberta and I would go. We would go there every night! And I’m right in there, getting mud splashed in my face, because I’m doing research now!”

It didn’t take long for her to go from confusion to excitement over the prospect, but alas, it wasn’t meant to be.

“Maybe a week later, CBS programs and practices got wind of this idea,” Nikki’s non-mud-wrestling portrayer notes, “and they nixed it. And so, because she couldn’t be a mud wrestler, [executive producer Bill Bell] decided to make her a stripper. That was not the original plan.”

Drat. How wild would that have been! Imagine Victor falling for a mud wrestler. Heck, imagine Victor going to watch mud wrestling! Then again, Nikki was a stripper…

Look back on the life that Nikki did get to live in our photo gallery of her rise from stripper to queen of the manor!

Coinbase spooked customers with an admission that their crypto holdings …

Our website is made possible by displaying online advertisements to our visitors. Please consider supporting us by disabling your ad blocker.